Market Volatility as Push (Slowly) Comes to Shove: Grappling with a Multitude of Crises in an Increasingly Dangerous World 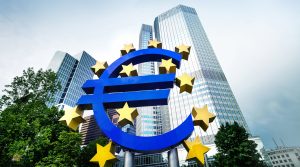 Central bankers seem caught between their natural inclination to get a grip on inflation and a fear of abruptly deflating asset prices. In other words: the temptation to avoid engineering a bust after the post-lockdown boom reigns supreme.

Thus, the US Federal Reserve is likely to limit its three or four rate hikes this year to a modest 25 or 50 basis points each. The European Central Bank (ECB) is likely to follow at an even slower pace, fearful to punch holes into an already fragile economy. Although the Eurozone is forecast to barrel ahead this year, adding 4.3% to its GDP, much of that growth is the result of previously repressed consumer demand caused both by lockdowns and disrupted supply chains.

The present inflationary spurt, whilst disconcerting, is much less a consequence of quantitative easing in its many iterations than of a surge in demand across most sectors of the economy. The imminent ending of the ECB’s €1.85 trillion Pandemic Emergency Purchase Programme, set to be wrapped up by March, may not tame the price index quite as much as expected. However, time will. Rising to an annualised rate of 5% in December, Eurozone inflation significantly erodes the spending power of both households and business, depressing demand in a natural, albeit painful, way.

Adding higher interest rates to the mix equates to playing with fire. Prior to the current upswing, inflation remained largely confined to capital markets benefitting nearly all asset classes and trickling down to a limited number of top-tier households. Bursting the asset bubble may seem an attractive way to ‘level down’ and fight inequality, it also entails great risks such as undermining consumer confidence, restricting credit flows, and upsetting a delicate economic balance. If anything, the present seems to require passive brinkmanship, or as Lance Corporal Jones from Dad’s Army would exclaim: Don’t Panic!

Luckily, and notwithstanding increasingly frantic calls from jumpy economists and market analysts, central bankers display a healthy awareness of their predicament – and a resolve to refrain from major interventions. Taking the long view, they may also remember the decidedly lacklustre recovery that followed the 2009 banking crisis. A cynic could argue, not altogether unconvincingly, that all the world’s major economies have been on life support continuously for the past decade in one form or another. Quantitative easing in the west and shadow banking in China.

This addiction to easy money will prove hard to kick and especially so in times of rising geopolitical tensions – and a lingering pandemic. Any major conflagration is likely to cause already jittery investors to run (but where to hide?), upsetting the apple cart. Safe haven assets such as treasury bonds and precious metals are already seeing an uptick in demand.

The yield on Germany’s benchmark 10-year bund briefly wandered into to positive territory for the first time since 2019 whilst 2-year US T-bills last week experienced their biggest yield gain in six years. Admittedly, both movements were sparked by selloffs aimed at containing a rally in treasuries. Bond prices move in opposite direction to yields. In times of uncertainty or trouble, prices rise with a corresponding drop in yields.

Platinum, palladium, and silver have embarked on a bull run with gold not trailing far behind. Conversely, bitcoin touched a 5-month low at $35K as investors began to dump riskier assets in a herd-like move towards the proverbial hills. Looking at the wider bear market, some analysts such a Euro Pacific Capital Chief Economist Peter Schiff fear that bitcoin still has a long way to go (down). Mr Schiff warns that once the $30K support floor is breached the crypto currency may crash as low as $10K.

Though markets shrugged off Russia’s 2014 annexation of the Crimean Peninsula, a prolonged full-on ground war in Europe is unlikely to be ignored. Typical conflict responses such as a wholesale move into safe haven assets are a given with a spike in energy prices thrown in as a wildcard. Again, experience may provide guidance. Data on political and economic crisis moments in the six decades leading up to the 2011 9/11 attacks shows that in 19 out 28 cases (events), stock markets recovered within six months.

The biggest fear of a growing number of market analysts and assorted pundits is that any ‘military-technical’ attitude by Russia may prompt other nations to follow suit, adding to the turmoil – and possibly stopping the global post-covid recovery in its tracks as energy prices jump even higher. Oil at $150 a barrel would reduce global GDP growth to just 0.9% whilst adding to inflation.

The US Federal Reserve’s Open Market Committee is due to meet on Tuesday and Wednesday to discuss its next moves. In anticipation of a rate hike, markets retreated across the board with the Pan-European Stoxx 600 shedding 1.4% by mid-morning on Monday – moving in tandem with most Asia-Pacific markets. Hope is now pinned on Fed Chairman Jerome Powell who may well stop short of a 50 bp rate hike and an aggressive tapering of asset purchases. This is, after all, not the moment to start correcting the central bankers’ earlier peccadilloes – or, indeed, to cede to the temptation of declaring war on inflation. May cool heads prevail.

Tags assigned to this article: