Connection and Separation: How Social Media Shape Our World 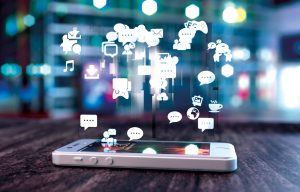 It’s barely 25 years since SixDegrees.com launched the world’s first practical social networking site. It was named after the Six Degrees of Separation theory — the notion that everyone is only six connections away from everyone else.

Who would have predicted that this amusing distraction would one day come to dominate the planet? Today almost 40 percent of the global population has a Facebook or Instagram profile. The ability to connect with practically anyone, anywhere, is just part of daily life for billions.

Traditional gatherers and disseminators of news have seen their empires crumble before a social media tsunami. It is estimated that in the US alone, more than 50 percent of voters access their news primarily through social media.

World leaders (including Indian PM Narendra Modi, see main story) have been quick to exploit the advantages. But some have failed to recognise that this new means of communication is a two-way street —people can, and will, talk back.

A paper published in 2020 by Anita Gohdes, a professor at the Hertie School of Governance in Berlin, suggests that many world leaders are trying to use social media to “divert and distract” during times of domestic crisis.

Some leaders, however, are becoming agitated by the technology: it was originally intended as a simple means to stay in touch; now it’s being used to spark revolt.

Protest groups from Chile to Catalonia, Hong Kong to France, are putting feet on the streets via social media — in minutes. Bruce Lee’s famous exhortation, “be like water”, has educated protesters who, using social media, rise quickly before trickling away, giving authorities a tough task to trace ringleaders.

Nearly every world leader has a Twitter account or Facebook profile — including Pope Francis, and the Queen. Most still have their words filtered through layers of PR, but the ease with which such filters can be bypassed is often too great a temptation.

Former US president Donald Trump is said to have tweeted 25,000 times during his time in office. Some commentators believe his election success was partly due to his use of social media. Others suggest that the revealing nature of his acerbic, unfiltered 3am tweets led to mockery — and subsequent electoral damage.

And while Vladimir Putin of Russia claims to be too busy for social media, most Western politicians are happy to dabble — even if it sometimes comes back to bite them. Former UK Chancellor George Osbourne, for instance, faced derision when he posted a picture of himself eating a man-of-the-people hamburger — which was then revealed to be from a posh restaurant, costing £9.70.

Such pitfalls are common but underlying all the lampooning is a disturbing truth for world leaders. In the 1970s, American author and cultural anthropologist Margaret Mead unwittingly predicted the future when she wrote: “Never doubt that a small group of committed citizens can change the world.”

Nowadays those citizens have social media on their side.